I'm going to kick of with a bit of exciting news ( for me :))  I enter a handful of competitions each year to give myself goals and something to strive for. Close up photography is very much one of my two favourite genres so it was only natural that I would enter Close up photographer of the year. The competition has 6 categories and a one for younger photographers. I entered 3 categories - Plant life and fungi, Animals and Insects. The initial short lists were announced yesterday and I managed to have 5 images shortlisted in the three categories - Im over the moon to have my images included in such a fantastic variety of incredible images. Its been a real boost, even more so as Im having a bit of a crash with the M.E. so its really helped keep my spirits up whilst stuck at home. Below are the photos that made the cut. The top 100 and winners will be announced in September. here  - Updated October - my images didnt make the top 100 but its nice to be shortlisted :) 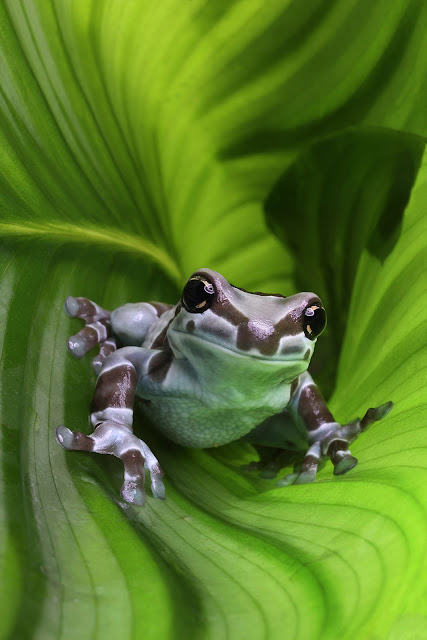 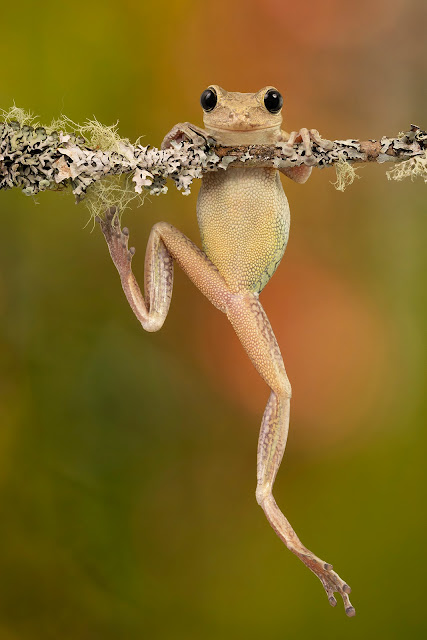 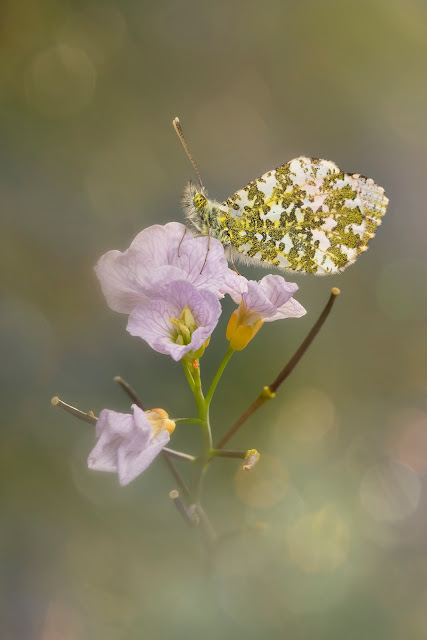 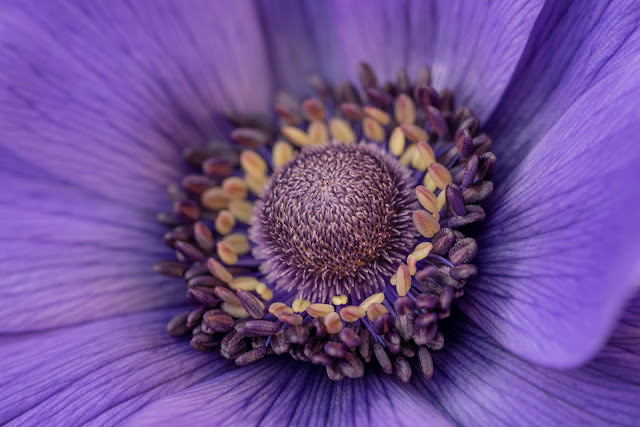 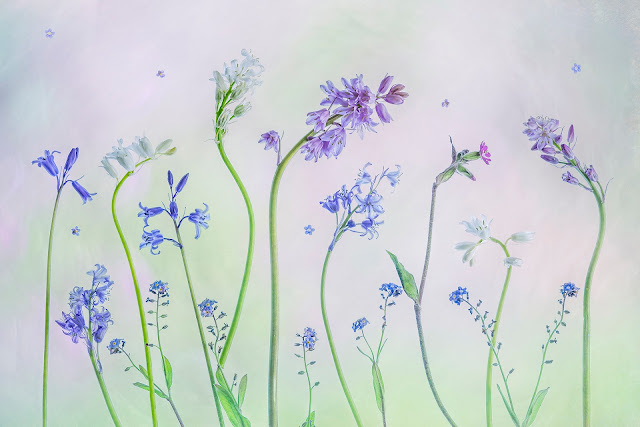 So looking back at last months ramblings about my still life attempts and the image I came to the conclusion that many of the images were lacking something, they felt a bit "flat". Whilst being well lit, the lighting did not excite me. So I have tried experimenting a little with different lighting techniques including light painting and using home made Gobos. 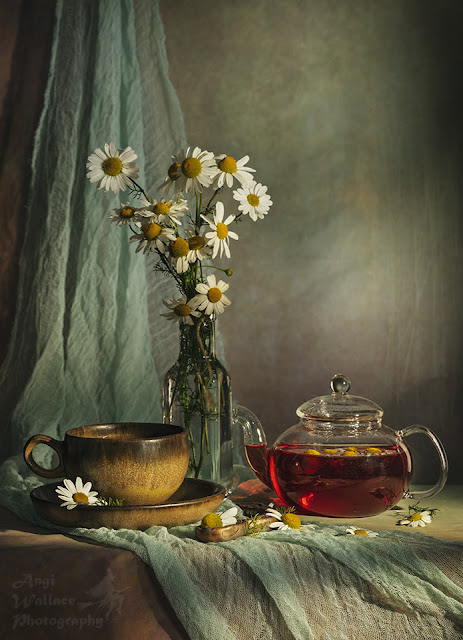 For the image above I tried to create a story (Chamomile tea made from chamomile flowers), good composition ( triangle) and interesting lighting (gobo). My Gobo was a simple piece of cardboard where I cut square and rectangle panels out of it and placed it in front of the light, this took a lot of trial and error and its something I need to work on more. It works better using a smaller light source and it takes a little experimentation to get the right angles and distances. Ive since made a new Gobo and will be testing it out as soon as I can find some energy. I am also going to try different objects to produce nice light patterns such as lace/netting/household objects/plants etc. I would love to see any photos where you have used these ideas too. Ive also experimented with shadows but not created a proper "set" and used this yet, but there is a simple shot I took below - a gridded light was used for this one. 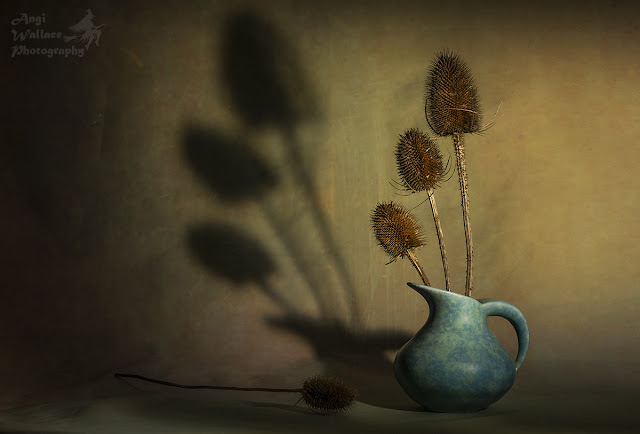 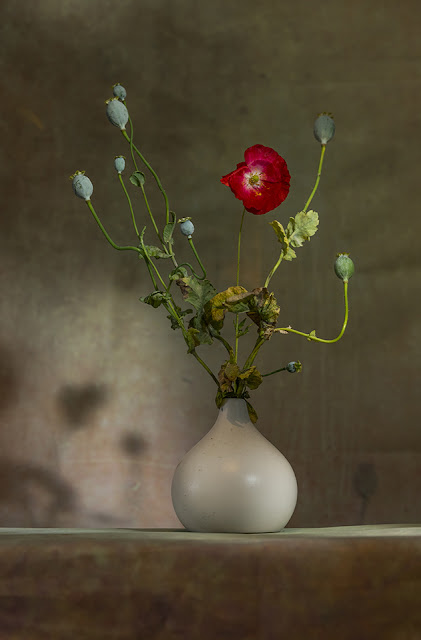 This one below was another from my Gobo session. 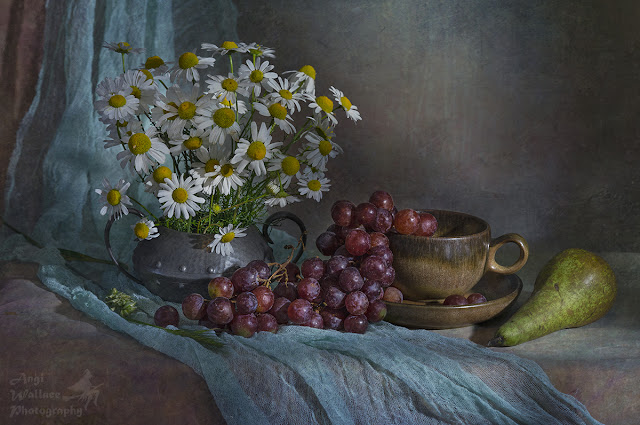 This next set I tried lighting more from behind and to the side to give more interest, aiming for more of an old painting style. 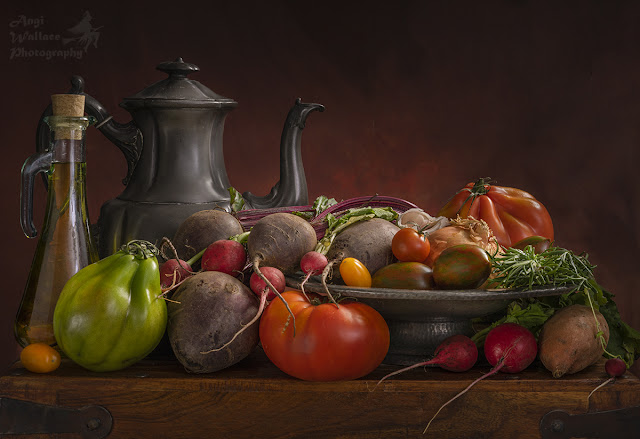 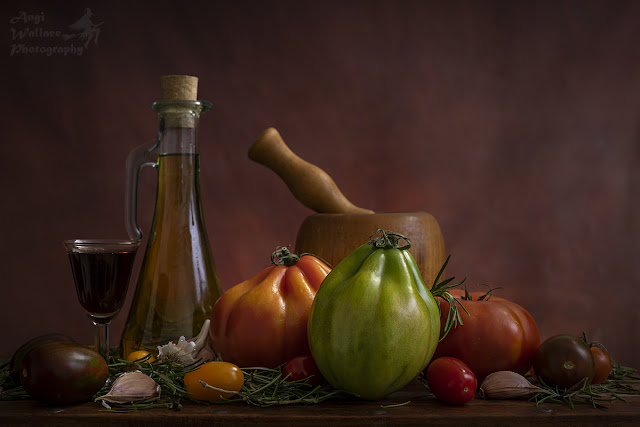 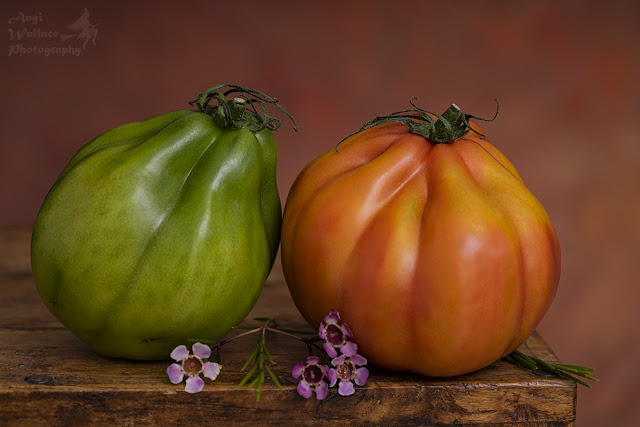 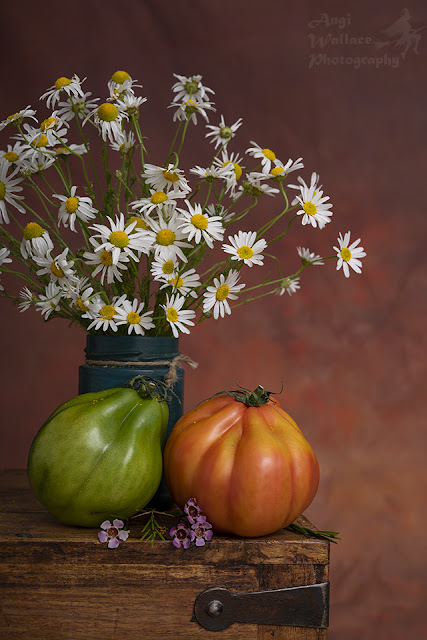 I have had an attempt at light painting using an led light within a white plastic bag to reduce glare, a long exposure with my camera on a tripod. I need to practice this again in a darker room or at night so it shows better. 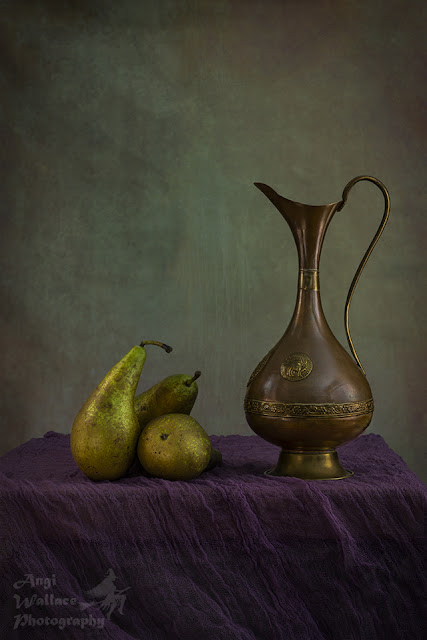 I have also been playing with slow shutter speeds to capture movement for extra interest, placing my camera on a tripod, using a remote shutter release and throwing material about. I just used simple set ups for these whilst getting my technique right. I do love the textures created from the moving voile and lace/net. I may try this at a window at some point or combine this idea with the gobo lighting to give the impression of wind blowing through a window . 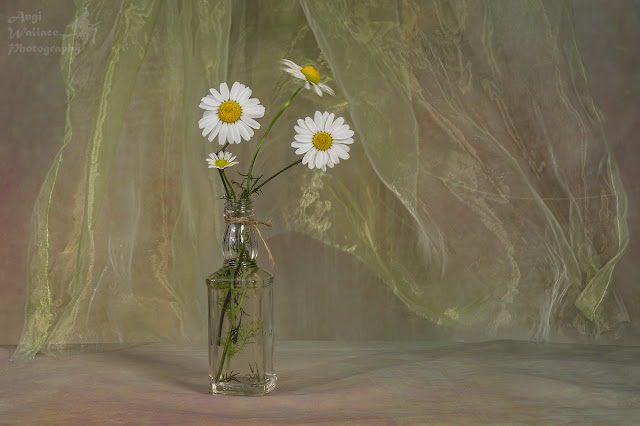 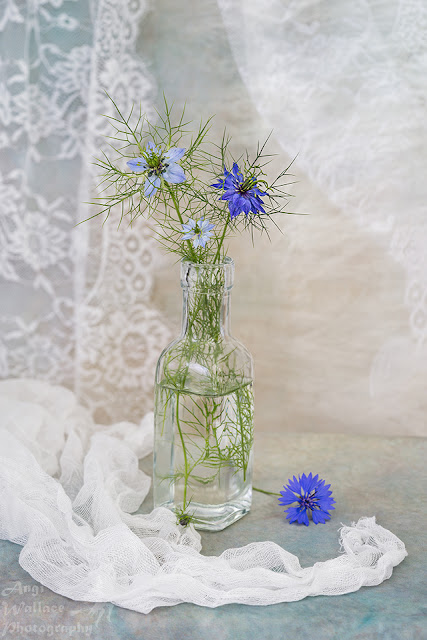 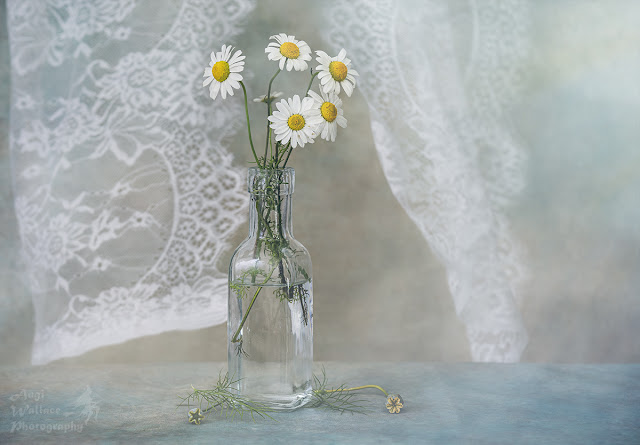 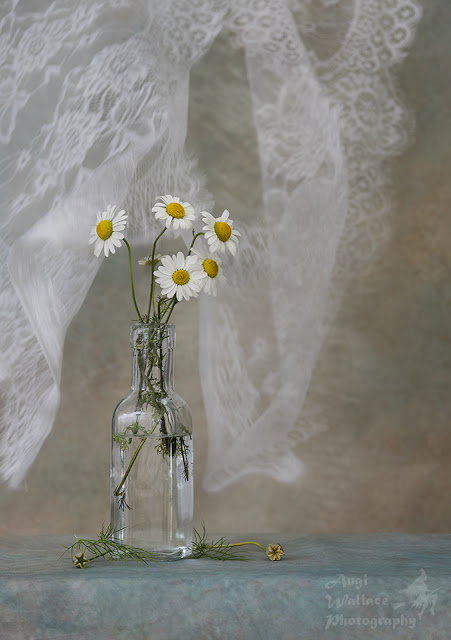 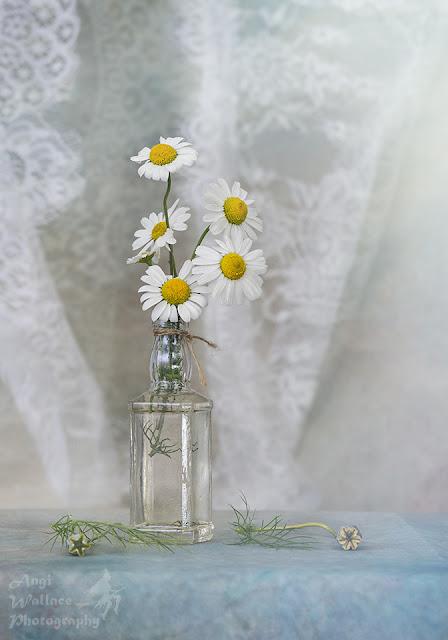 That's what I've managed in the last month :) Lets see what I can produce in the next month. Here are another few Ive created that I quite like Ive concentrated more on composition in these ones.

As for props I have used a few home made ones to avoid spending - a jar with paint swirled inside it, popped in the oven for the " vase in the image below.  Some left over flooring for flat lays and surfaces, a home made mini shelf unit made by my partner, artex on a piece of board for another surface, the net curtains and voile were just bits of material I had at home. Plus my Gobos are home made from card board and flowers are mostly from our garden or a local field/bit of waste land. 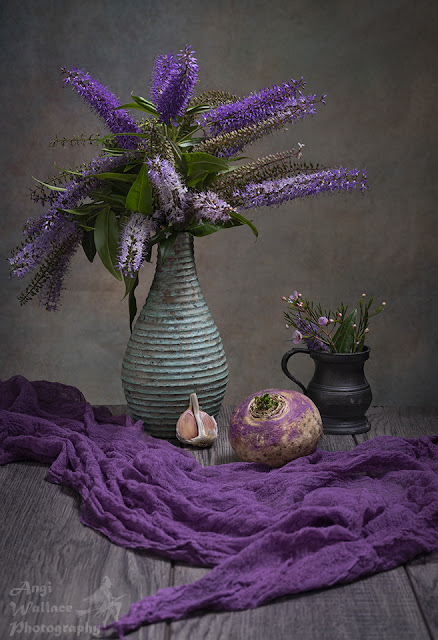 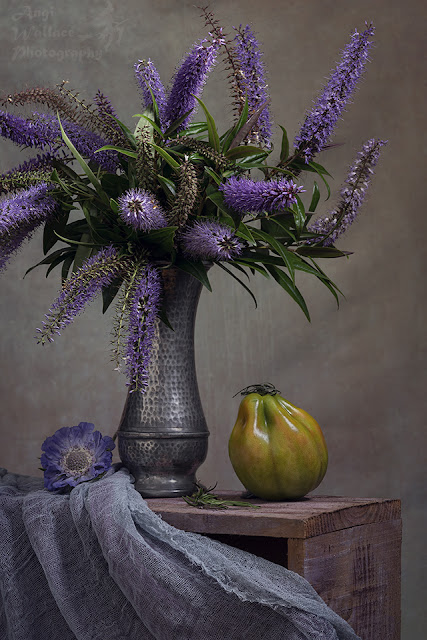 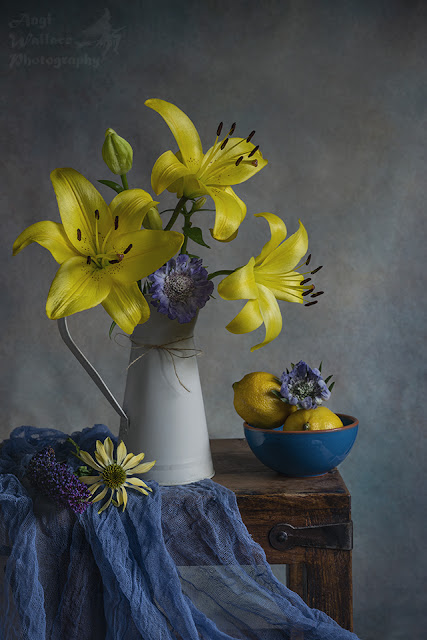 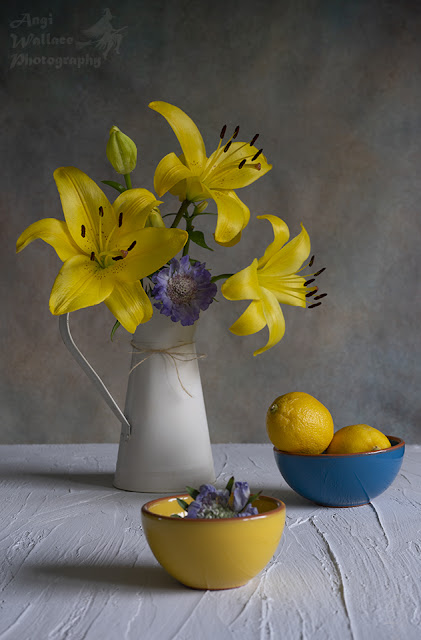 I'm going to kick of with a bit of exciting news ( for me :))  I enter a handful of competitions each year to give myself goals and some...

AngiZW
Slightly nutty ageing Geordie rock chick addicted to photography, frogs and Vikings! Dangerous near water! Here you will find 2 blogs, the first one I started many years ago documents my life with M.E. , which I've had for about 14 years. This blog is partly for me to look back on, to keep a record of how my condition has changed, what has helped and what hasnt. It is also to raise awareness as a full on open book of what life really can be like when you have M.E long term. My 2nd blog is a new one where I am planning to add little pieces about my photography, mostly with creative elements. I tend to favour close up and macro photography which I can do at home, due to having little energy from the M.E. Although I do love a bit of creative portraiture, gig photography and landscape when I can manage it.