Back in February I wrote a little on how I was starting to try out focus stacking and ended up trying out some super close ups of an interesting beetle and other small objects such as tulip stamens. These images involved a great deal of patience and up to 300 photos per stack. Since then I moved on to using focus stacking out doors for floral and fungi images, which luckily required a lot less frames due to the nature of what I was capturing. I would say that most of my photography from late spring through to winter was centred around trying to produce floral or fungi images with a nice out of focus foreground and background whilst getting as much of the subject in focus as possible. Whilst using a longer lens helped me to achieve this on location at time, it was not always practical or possible, so this is where focus stacking came in useful. I did also try a few floral images where everything was in focus such as the lovely Red Ranunculus below which took 78 photos stacked to get this result, using the Nikon Z6 plus Sigma 105 macro lens shooting at F18 with lighting to get every tiny detail. Whilst I like it, I prefer the atmosphere and mood that a bit of shallow depth of field gives such as the next image of the same flower below where I combined a short stack shot at F10 of the centre part of the plant with a shallow depth of field shot. 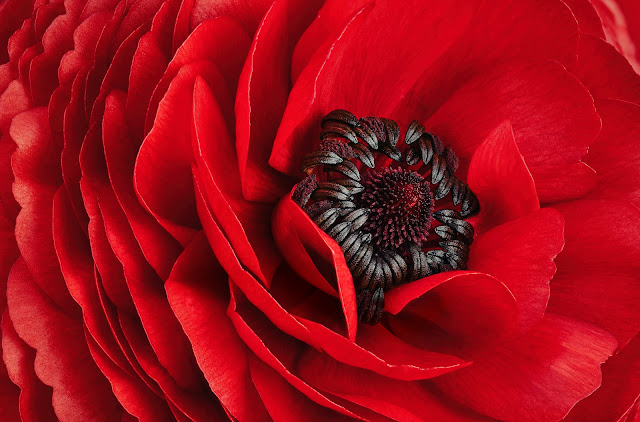 For further comparison below is a single shot taken with my Sony A7ii plus Sony 90mm macro lens at F18, using studio lighting, of the same flower. Now this is my favourite of the 3 images, with the 1st shot being my least favourite. 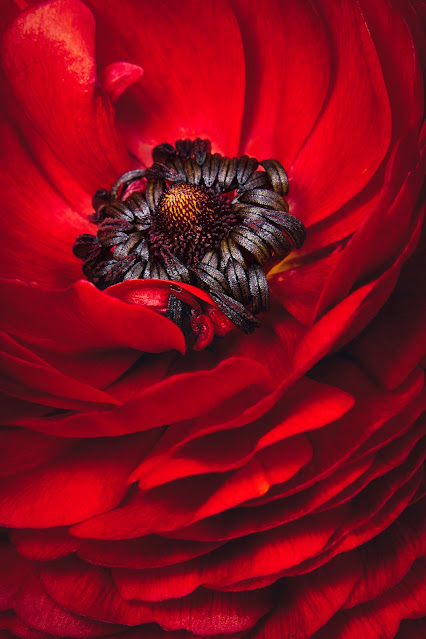 I have also been lucky enough to have the opportunity to try focus stacking butterflies whilst they were in torpor - still asleep early in the morning - if you are very careful not to disturb them too much then sometime you get lucky and manage to photograph a full stack. Its down to luck, the temperatures and weather etc. I find the best time to photograph butterflies and most other insects in early morning, I cannot run around chasing them for photos, so Im better off slowly looking at dawn for roosting specimens.( luckily my partner enjoys photographing them too and has a knack of spotting them which is helpful). It helps if you are aware of the species that are around at different times of year and the plants/trees/habitat they prefer. For instance early spring sees the emergence of Orange tip butterflies which lay their eggs on Cuckoo flowers, as this is what their caterpillars feed on. So if you know a spot where there are Cuckoo flowers then you will increase your chances of finding them roosting nearby.

Its worth taking along a mini tripod and also maybe a printed backdrop photo or two - just in case the surrounding area is too cluttered and buy to achieve a nice clean image. The stacked image below involved using one of my out of focus backdrops. I did find the butterflies would sometimes move their antennae or wings, or even walk around as the awaken, its just patience and luck getting a stack that is usable. 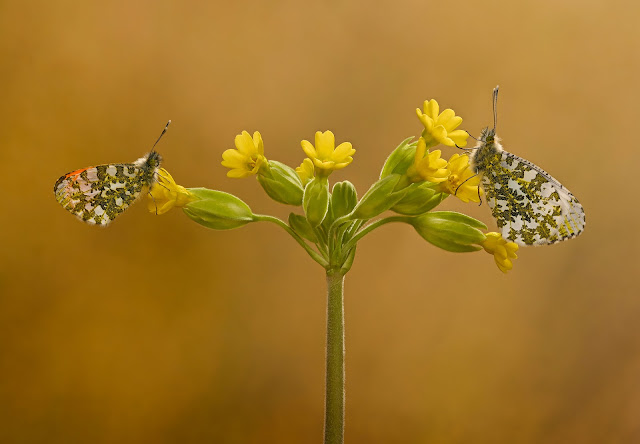 With insects, if they are still sleepy in the morning and they are not in a position to photograph, it is sometimes possible to place a more pleasing plant just in front of them and ever so gently touch their legs with it, sometimes they will sleepily step onto the new plant, but other times they will wake and fly away. I also carry a tiny pair of scissors with me so that I can snip any distracting elements of vegetation out of the way, providing its not an uncommon plant etc.  Alternatively vegetation can be held out of the way with a clamp, clip or blue tac etc, the aim is to not damage the environment. 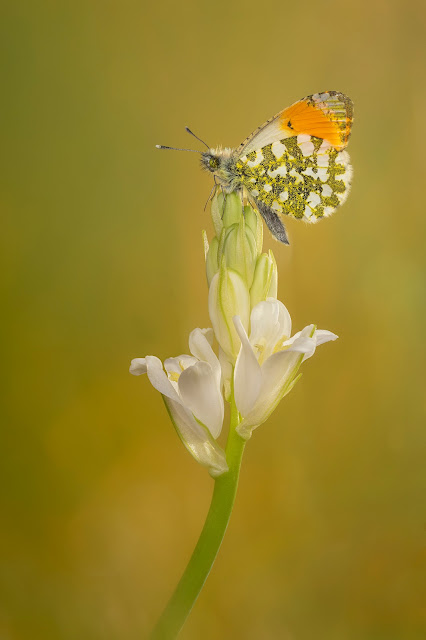 Above is another focus stack where I have used one of my printed photographs in the background.

Below is one of my favourite focus stacked floral images this year, it took quite a bit of setting up and was achieved in our dining room, sat at the table. I used an out of focus photo in the background, placed my flowers between the camera and backdrop, then added more flowers behind the main Cyclamen flowers and a few right in front of the lens to get more or a hazy blur. It only took a stack of 18 frames to achieve and is pretty much straight out of camera other than the stacking in Helicon. It was shot at F4. 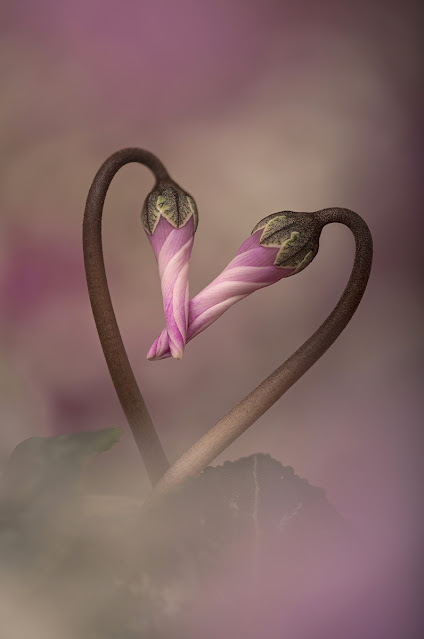 I used the same technique for the next two aswell. 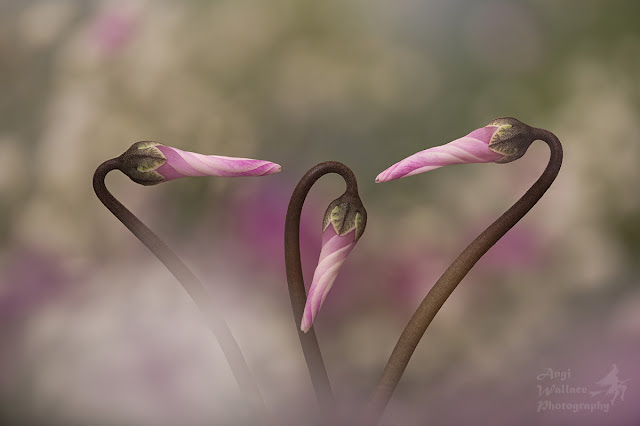 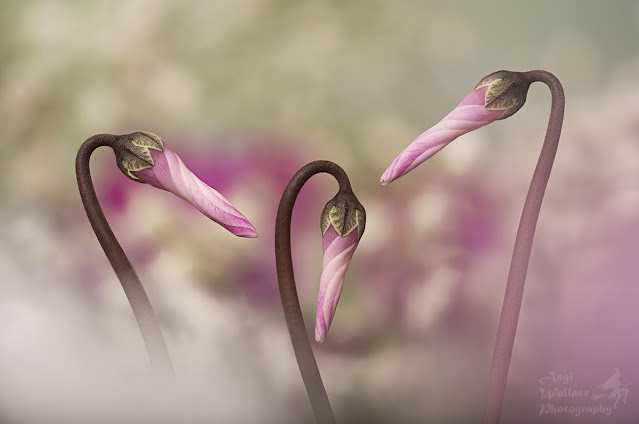 As the year progressed I started t try out focus stacking mushrooms, sometimes on location and sometimes at home, creating mini set ups in our home studio/dining room. The more I tried focus stacking on location, the more I discovered I needed extra bits and pieces to my kit, taking along small LED lights, a Gorilla pod, a mat to lie on, foil/reflector, cocktail sticks and floristry wire to help hold things in place. Even with mushrooms the wind can have a detrimental effect so I needed to avoid windy days as this did ruin a few stacks. My first few fungi attempts were at a lovely spot at Wallington hall woodlands, just off the path where I found quite an array of species and pleasing backdrops. Below are two from my first proper attempt at this location. Both required use of a stable mini tripod, a shutter release cable or use of the time function and adjustable led lights to balance against daylight. I found LED lights work better for me than flash, I can take a quick focus stack this way, minimising the chance of movement - with flash there needs to be time between each shot to allow the flash unit to recharge. 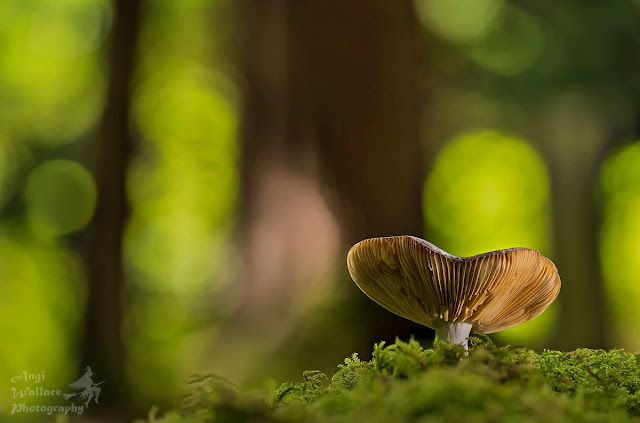 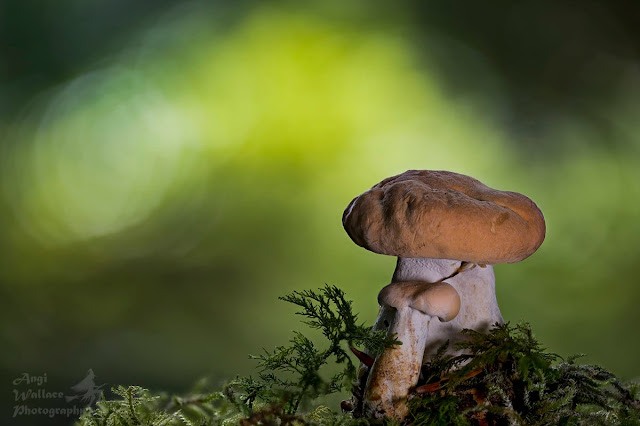 I did take some mushroom specimens home to practice on, only if they were growing in abundance and below are a couple of examples. I wanted to be able to take my time to get everything right at home and add in the faux rain aspect. Im thinking this specimen below  is Lactarius rufus due to its brick red colour and because it was growing near pines, amongst sphagnum moss at Wallington Hall NT, Northumberland. This is a focus stacked image of 80 photos at F4.2 taken on a Nikon Z6 with a 105 macro lens and circular polariser to reduce glare. I sprayed water during one photo to mimic rain.
I used one of my out of focus backgrounds behind it, plus leaves from the woodlands floor to create the foreground haze. Photographed using studio lights. I sprayed water in my final photos and only used one of these in the stack.
After processing in Helicon I still found that there was some fringeing around my subject which I  had to fix in photoshop - not so easily done with the water droplets, but I have an easy fix for a clear background. 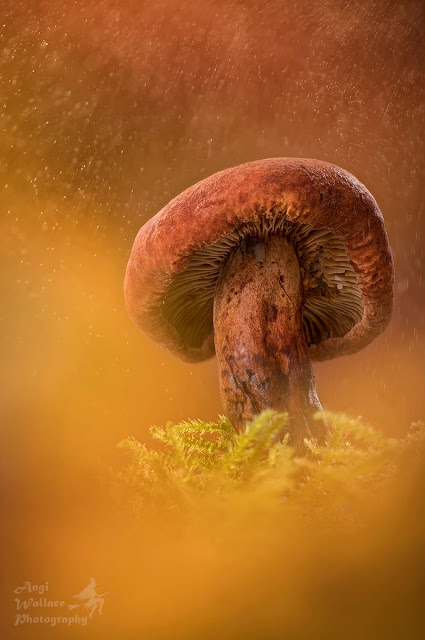 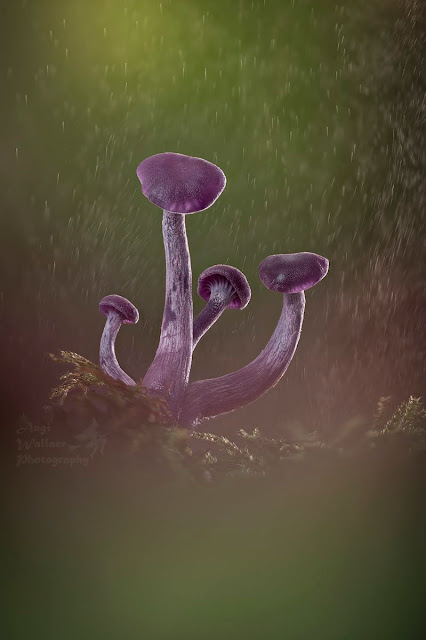 Below is another set up created at home of Waxcap mushrooms which I had to glue in place ( they are found amongst grass usually), it won a couple of Gold awards with the SWPP and NPS in the macro category. 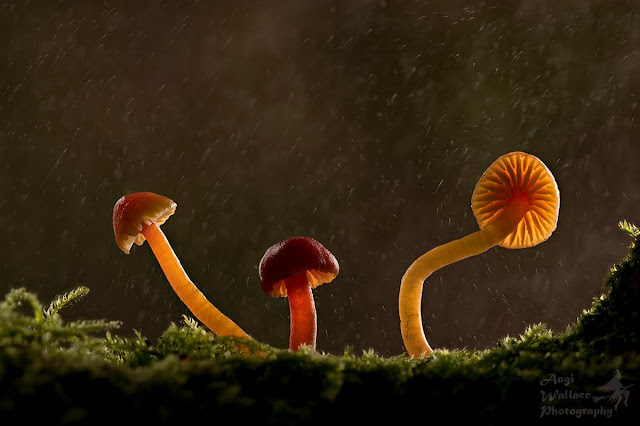 When shooting focus stacked images outdoors I often find that the background of the final stacked image can be messy due to foliage etc moving in the wind. So once stacked in Helicon I now replace the messy background with one from a single image from the stack - usually fairly easy to do using the select object tool and masking. This also helps to remove the resulting fringeing around the subject. I used this technique in the image below as the out of focus leaves had moved substantially during my stack. 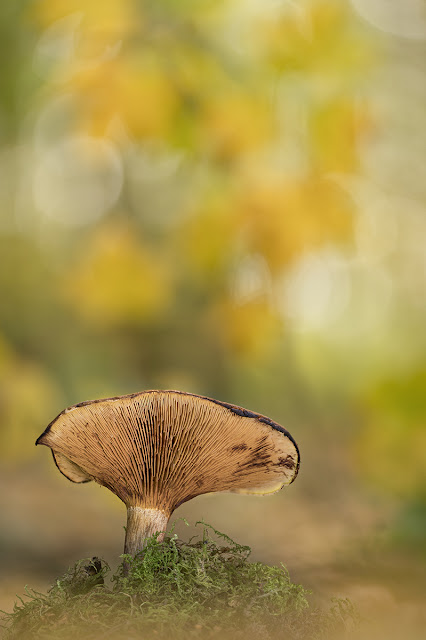 I did find as the months went on that I was attempting more challenging ideas, often taking quite a bit of time to get right. Such as getting mushroom bokeh shapes in the background bokeh and trying creative lighting. This Hedgehog mushroom below really needed a bit of creative lighting to help show off the wonderful details. This was a stack of 65 images and required several lights. 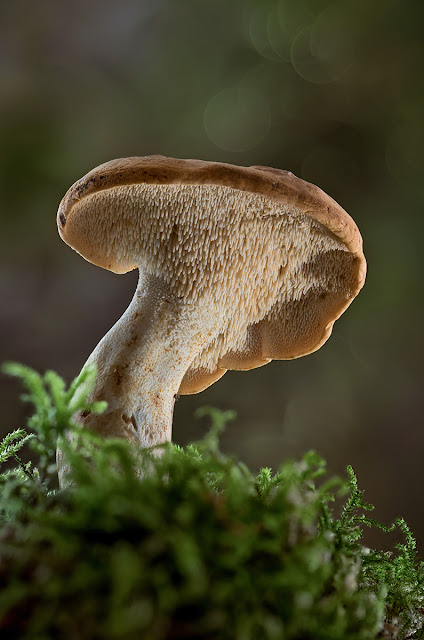 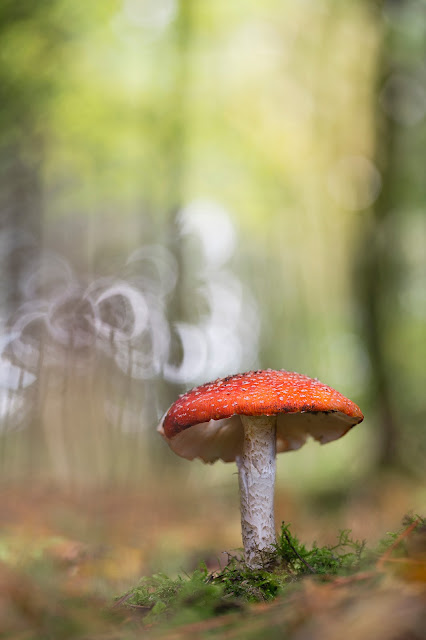 Then there is this puff ball image, which is a stack of 31 images, composited with the spores from me pressing the backs of the puffballs with floristry wire etc Definitely a technique I need to work on more 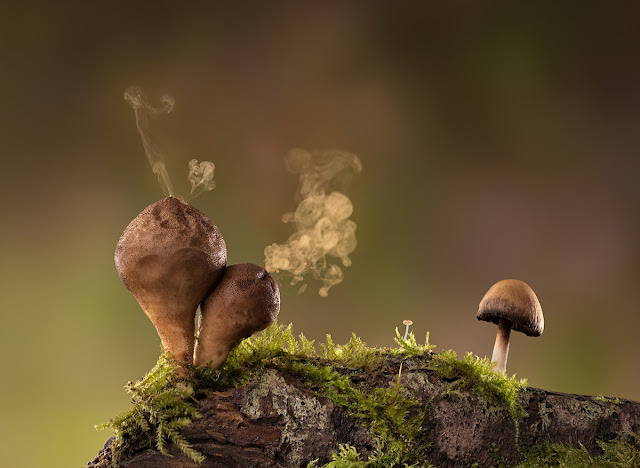 So as you can see I have progressed but still have lots to work on to improve, but its a fun journey
I have entered a few of these images into International garden photographer of the year in the mushroom category and the portfolio category. Watch this space for news on whether any get placed 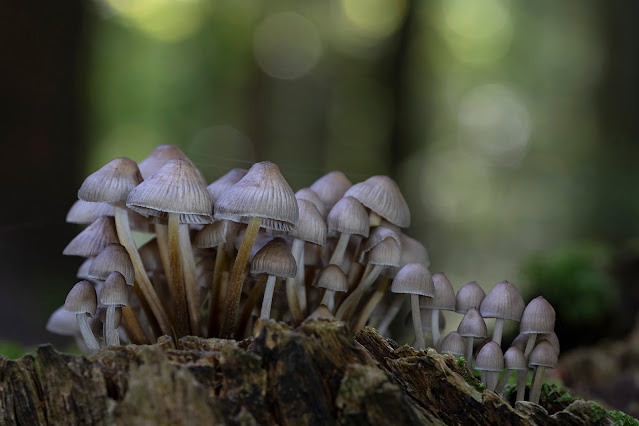 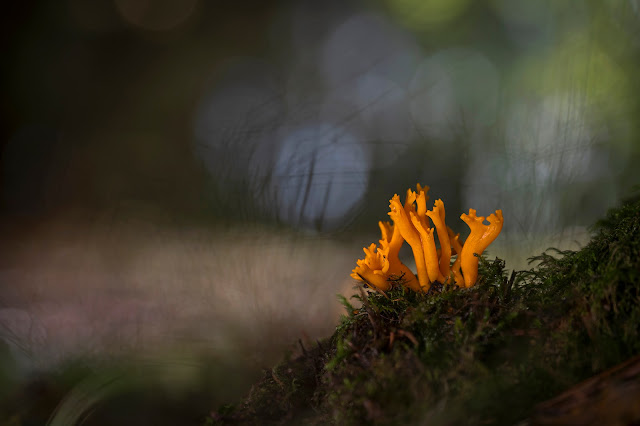 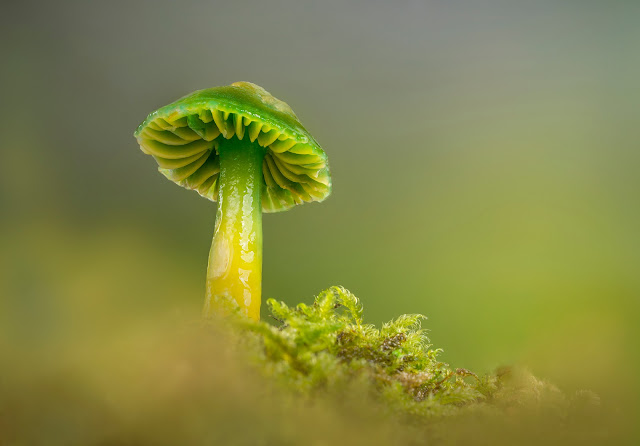 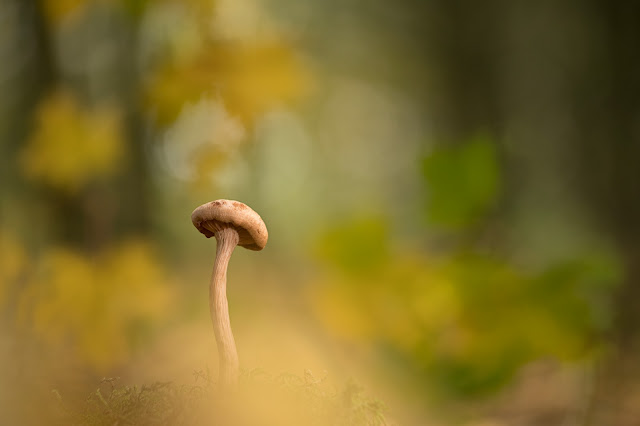 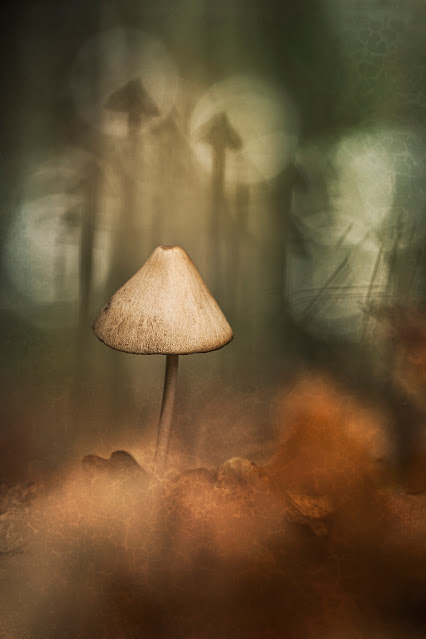 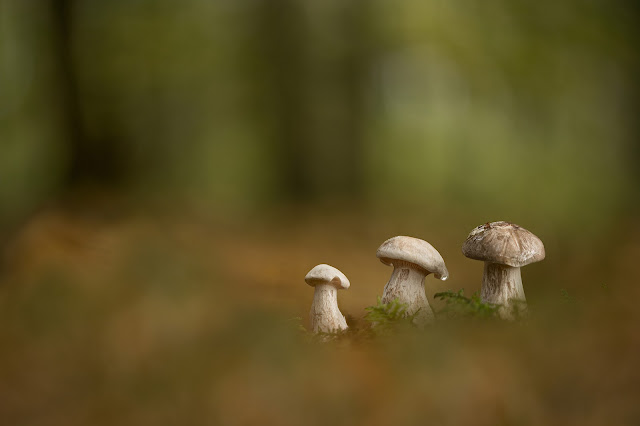 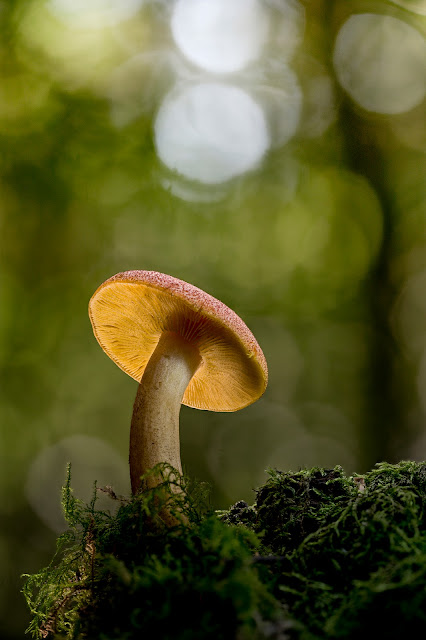 Adapting with photography this year

So this year over all I have managed less than half of what I would normally manage photography wise, simply due to reduced strength, stami... 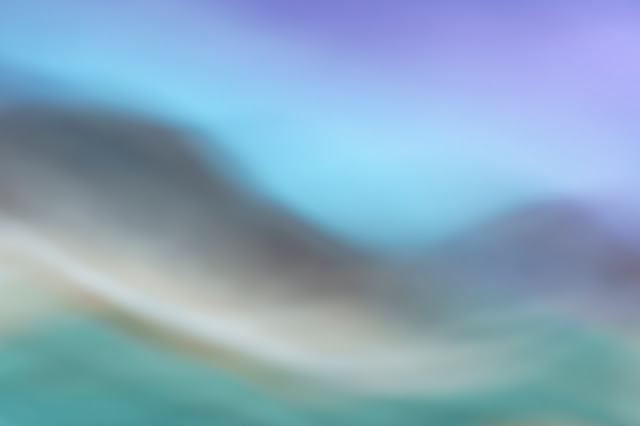 AngiZW
Geordie lass with a passion for photography, nature and creativity. I have 3 blogs here, the longest running one is all about my 17 year journey of having M.E. The next is my photography journey and my newest one is about my creative projects such as art, jewellery making and creating headwear for photo shoots etc