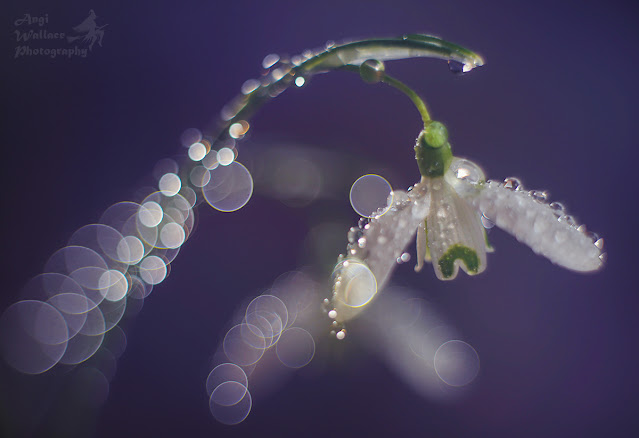 I was feeling quite excited at using this option because it would allow me to pull together two aspects that I love in one image - firstly getting my main macro subject mostly in focus ( By shooting at F11-18 and using good lighting) whilst adding the soap bubble bokeh ( from a Meyer Gorlitze primoplan lens) which is best achieved wide open at F1.9 with backlighting. The weather outside was murky, dull lighting with winds that would move my subject so I opted to attempt setting up on my dining table rather than in the garden. 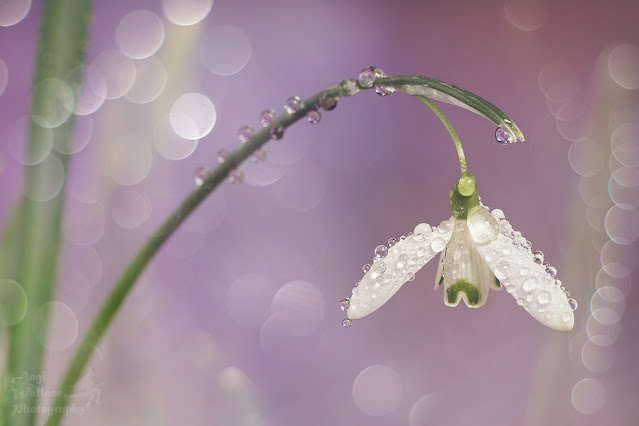 There were several obstacles including having to create my own backgrounds, naturalish look, backlighting to produce the bokeh that I love from the Primoplan lens, then getting the two images to work well together. Plus working at macro photography meant having to be very precise. Then I got silly and decided to photograph a moving subject - my Orchid mantids on tiny spring flowers - giving myself an extra challenge - but then I do love a challenge and both mantids appeared content to explore or preen themselves. I like the option of using current spring blooms for this project with snowdrops, crocuses, mini daffodils and Grape Hyacinths all in bloom this last few weeks.

The image below has a very light bokeh and I found this was the result with many of my images - using the "screen" mode. 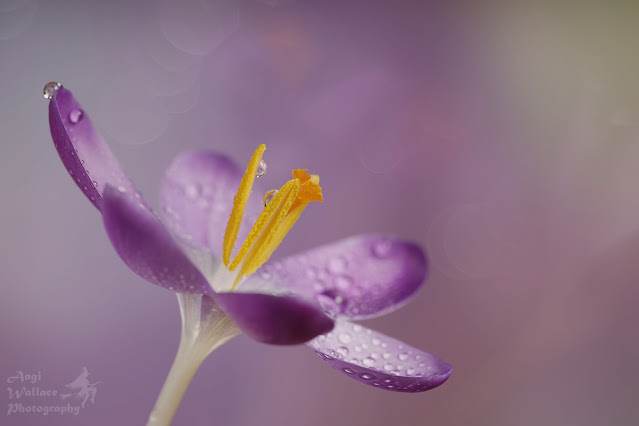 I did try a few options - using two Primoplan images, or combining one with either a 90mm macro lens shot or a Sigma 150mm macro capture. I was constantly forgetting to change my settings ( switch off flash between images and alter aperture as I was having a major brain fog day  - but kept trying. It was also a good exercise in learning what distances are best in producing the specific bokeh from the Primoplan lens - often it is difficult to find the correct distances in that single image - so you can see why I was keen on double exposures to produce what I wanted.

The image below was from two Primoplan exposures, one of the snowdrop alone then another of some out of focus Hyacinths covered in water droplets, plus a few more images taken using this method. 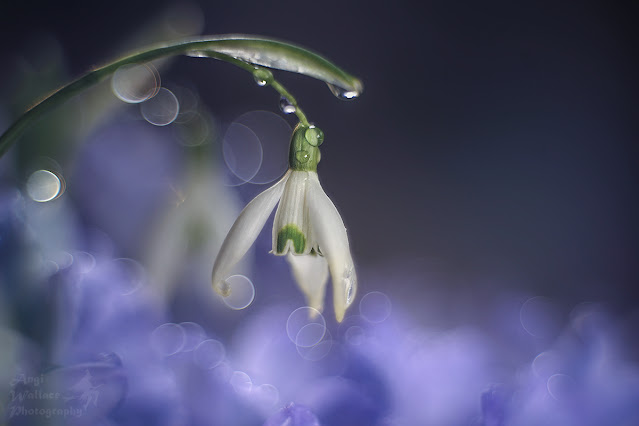 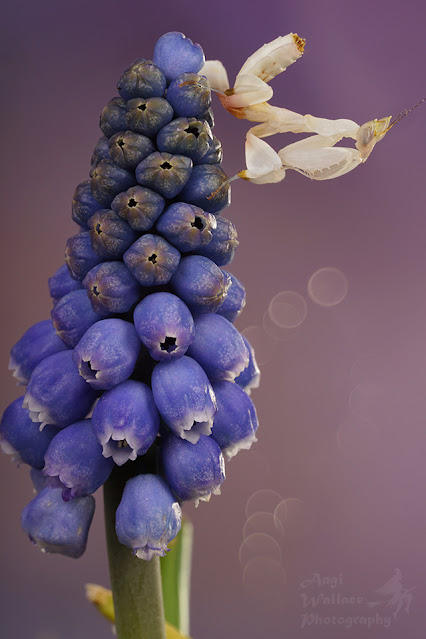 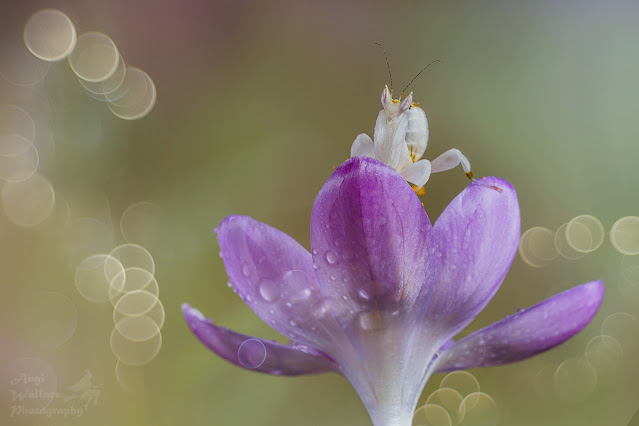 I could not resist trying this out with my Red eyed tree frogs using one of my latest backgrounds in red, plus a red flower captured with studio lights at F14 using a Sony 90mm macro lens, with the second image being of the flower covered in water drops photographed with the primoplan lens and macro extension tubes, using led back lighting. 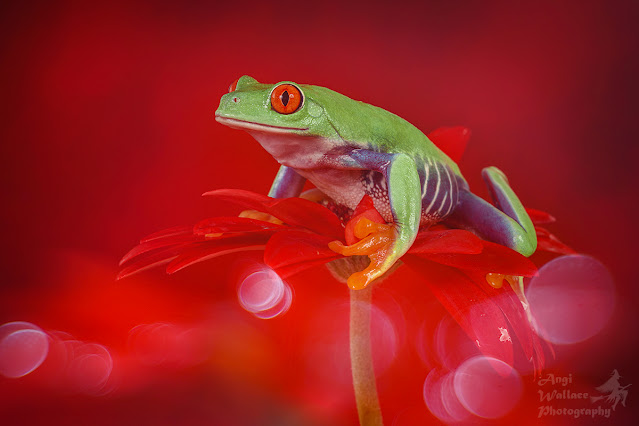 The double exposure app has a few different features which I still need to experiment with such as the mirror option used below on my partner whilst he was eating breakfast :D - ( sorry not sorry lol) 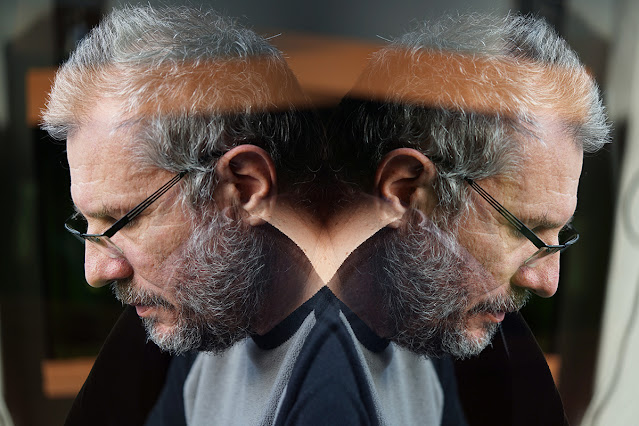 Then there is the soft focus choice which I have yet to try, plus  the reflection and the silhouette possibilities. There is a manual alternative where you can try 6 different blending modes too, viewing the previewed result prior to pressing the shutter.
Below is a quick effort using the silhouette action, my first image was houses out the back and the second one simply plant pots in the garden - nothing particularly creative but an exercise to demonstrate the effect. 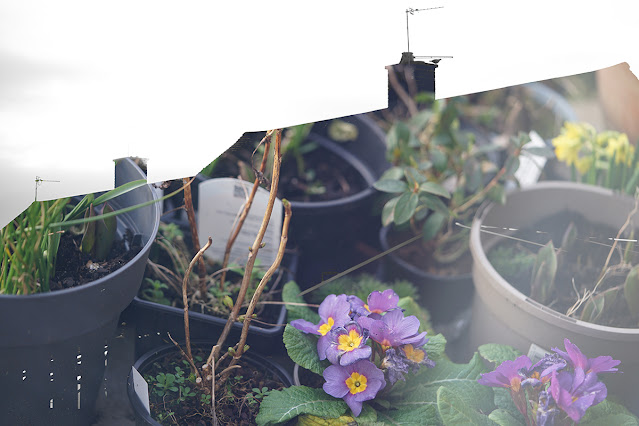 Another attempt using the silhouette version resulted in a strange appearance, maybe as the subject was light and background dark - it gave a sort of opposite silhouette look. 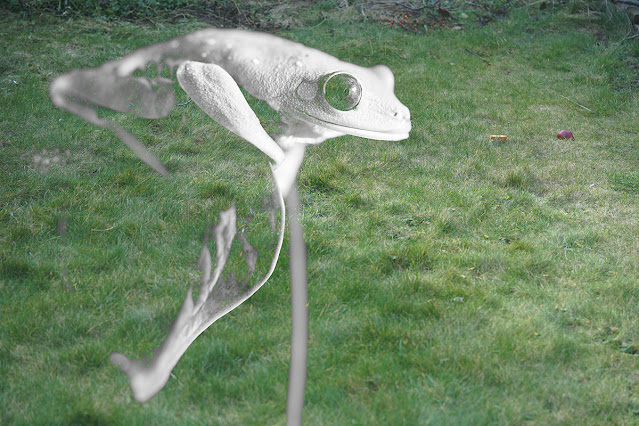 Many cameras do have double exposure or multiple exposure options and some that dont do have an app that can be updated to your camera. Even if yours does not, there are phone apps that can also be used to great effect - so worth looking into and another fun activity to try out whilst we are restricted in leaving our homes. Whilst it is fun to be actually taking the photos and obtaining in camera double exposure, don't forget to try producing these in photoshop by bringing together two images and simply changing blending mode and opacity. I would love to see your double exposures in the comments.
Below is a quick blend of two of my images in photoshop as an example, it was as simple as pasting in the second photo and scrolling through the blend modes to see which looked best, and thats it. 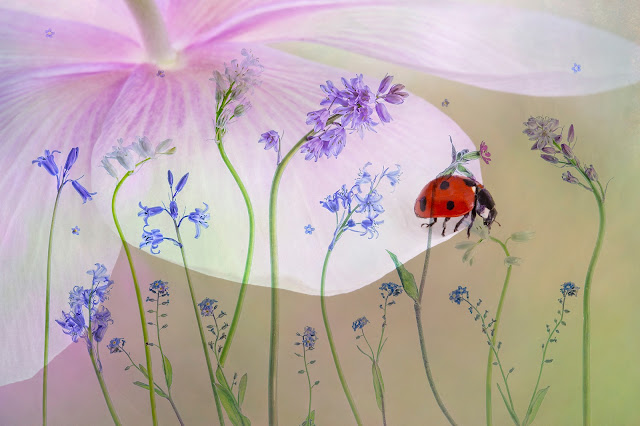 Tonight I was awarded Plant and Fungi photographer of the year 2020, from the SWPP, with this being the winning image. Im over the moon. ... 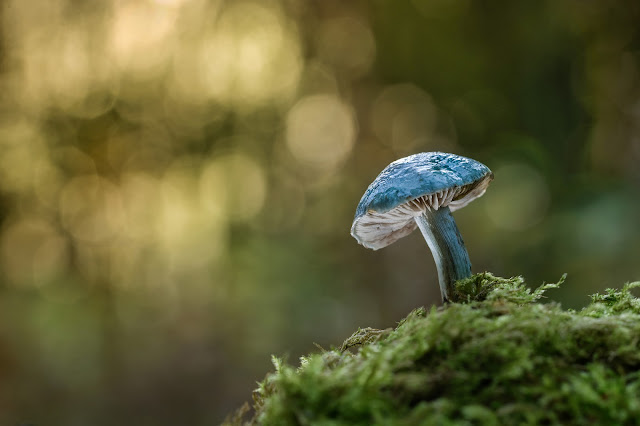 AngiZW
Slightly nutty ageing Geordie rock chick addicted to photography, frogs and Vikings! Dangerous near water! Here you will find 2 blogs, the first one I started many years ago documents my life with M.E. , which I've had for about 14 years. This blog is partly for me to look back on, to keep a record of how my condition has changed, what has helped and what hasnt. It is also to raise awareness as a full on open book of what life really can be like when you have M.E long term. My 2nd blog is a new one where I am planning to add little pieces about my photography, mostly with creative elements. I tend to favour close up and macro photography which I can do at home, due to having little energy from the M.E. Although I do love a bit of creative portraiture, gig photography and landscape when I can manage it.